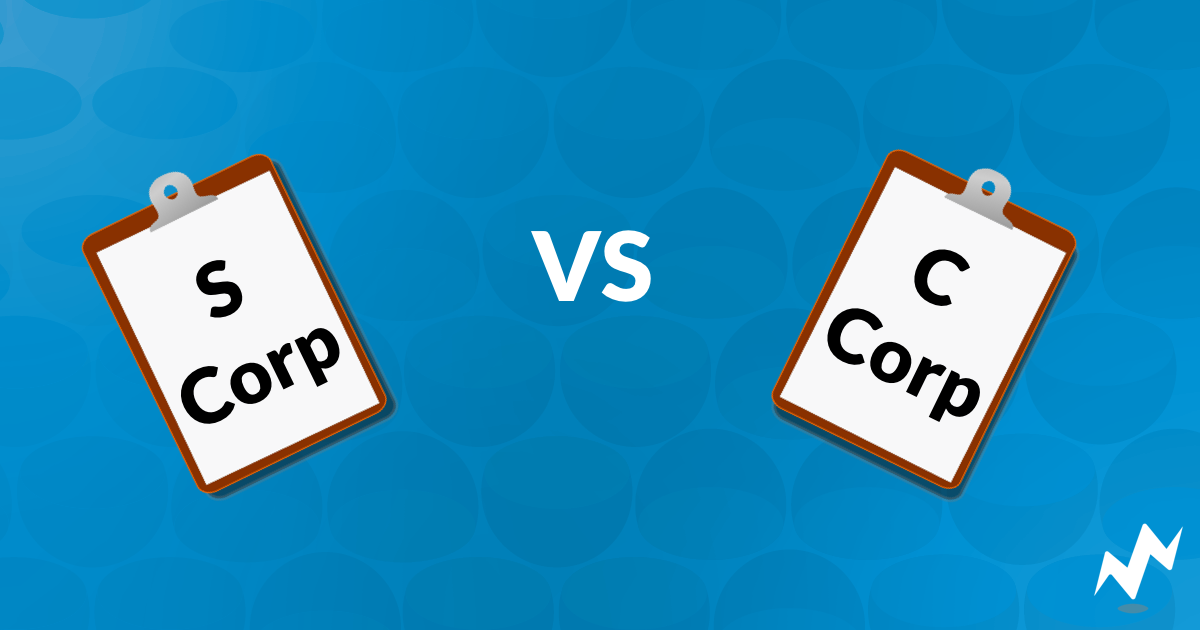 Structure: Shareholders, directors, and officers are all present in S and C corporations. Although the shareholders of an S-corporation or C-corporation own the business, they don’t make most of the decisions. Management and policy issues are left to the company’s shareholder-elected board of directors. The board of directors is in charge of overseeing and directing the corporation’s affairs and decision-making, but not of day-to-day operations. The officers who will manage the day-to-day operations are chosen by the board.

Corporate Obligations: When it comes to compliance responsibilities, state corporation laws make no distinction between C corporations and S corporations. Corporate formalities and obligations, such as adopting bylaws, issuing stock, holding shareholder and director meetings, maintaining a registered agent and registered office, filing annual reports, and paying annual fees, are all required of all corporations.

Taxation: C corporations are taxed separately, meaning they have to file a corporate tax return (Form 1120) and pay corporate taxes. If corporate income is distributed to business owners as dividends, which are considered personal taxable income, they may face double taxation. On dividends, corporate income tax is paid first at the corporate level, then at the individual level.

S corporations are taxed as pass-through entities. They file a federal return for information (Form 1120S), but there is no income tax paid at the corporate level. Instead, the business’s profits and losses are “passed-through” to the owners and reported on their personal tax returns. The owners pay any taxes that are due on an individual basis.

Single-layer Taxation: The main advantage of an S corporation over a C corporation is that an S corporation does not pay corporate income tax. As a result, any income distributed to shareholders is only taxed at the individual level.

20% Business Income Deduction: The Tax Cuts and Jobs Act of 2017 allow shareholders of S corporations to deduct up to 20% of their net “qualified business income.”

Pass-through Taxation: An S corporation’s losses are passed on to its shareholders, who can use them to offset income (subject to restrictions of the tax law).

Limits and Restrictions on Shareholders: An S corporation can only have 100 shareholders, preventing it from going public and restricting its ability to raise funds from new investors. Individuals who are not citizens or residents of the United States are cannot be shareholders (with a few exceptions). This makes it more difficult for an S corporation to raise capital, especially because venture capital and private equity funds are typically ineligible shareholders.

Share Transfer Limitations: Most S corps will restrict their shareholders’ ability to sell or transfer their shares. That’s to make sure they don’t end up with an ineligible shareholder which will cause the IRS to terminate its S corp status. This makes it harder for the shareholders of an S corp to exit the corporation.

Minimal Shareholder Restrictions: A corporation taxed under Subchapter C can have an unlimited number of shareholders. Also, anyone can own shares, including business entities and non-U.S. citizens.

Lower Minimum Tax Rate: The alternative minimum tax was repealed as part of the 2017 tax reform act, which reduced the corporate tax rate to a flat 21%. Despite the fact that personal income tax rates have been slightly reduced, this rate is still lower than the highest personal tax rate (which is currently 37 percent ).

More Capital Raising Flexibility: Because Subchapter C of the tax code does not impose the same ownership restrictions as Subchapter S, a C corporation can obtain equity financing more easily.

Double Taxation: The main disadvantage of a C corporation is that it pays tax on its earnings while its shareholders pay tax on dividends, resulting in double taxation of the corporation’s earnings.

So who wins the battle between S Corp vs C Corp? The argument for S Corp vs C Corp is not one size fits all. When making this decision for your business it is not always straightforward because it is dependent on the circumstances. However, you might want to consider an S corporation If these circumstances apply to you:

Alternatively, the pros of C Corporation might outweigh the cons if:

The C Corp status allows for large-scale growth and the ability to sell the company in the future. On the other hand, S Corp shareholder restrictions may be advantageous for businesses that want to remain small and closely held. Because the differences and respective benefits are unique to each entity make sure to carefully weigh the options when deciding what is best for your business.

NachoNacho's mission is to be the marketplace for SaaS - a single destination where businesses buy SaaS products, and vendors find their best customers. NachoNacho is agnostic to operating systems, tech stacks, and software architectures. Businesses use NachoNacho to (a) manage their existing subscriptions, reducing wastage of time and money, and (b) buy new subscriptions at a reduced cost. SaaS vendors list their products on NachoNacho to reach thousands of businesses worldwide.